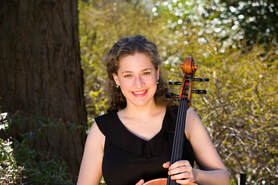 Cellist Sara Cortinas, born into a musical family, initially studied with Walter Grimmer at the Konservatorium und Musikhochschule Zürich, Switzerland. At age seventeen, she began her studies at The Juilliard School with Harvey Shapiro and David Soyer, from where she holds bachelor’s and master’s degrees. She continued her studies at the Indiana University with Janos Starker. She has participated in numerous music festivals, including the Gregor Piatigorsky International Cello Festival at the University of Southern California, the Perlman Music Program in Shelter Island, New York, and the Encuentro de Música y Academia de Santander in Spain. Sara Cortinas has been a prize-winner in the Holland-America Music Society Cello Competition, the Concurso para Violoncello Carlos Prieto, and the Olga Koussevitzky Competition for Strings in New York. 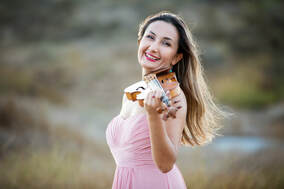 Gulia Gurevich is a violinist and a violist of the Prima Trio, a mixed ensemble which won Grand Prix at the Fischoff Chamber Music Competition. An avid orchestra musician, Gulia Gurevich has performed with the Boston, Indianapolis, Charleston, San Diego symphonies, among others. Gulia was invited to be on the chamber music jury panel of the International Young Pianist Competition in Villahermosa, Mexico and she also taught masterclasses at the Oberlin Conservatory, San Francisco Conservatory and the PLU. After graduating with honors from the Interlochen Academy she enrolled at Indiana University, where she studied with Nelli Shkolnikova. She also holds a Bachelor of Music degree from the Oberlin Conservatory, and won many prizes, awards and scholarships in the USA, as well as abroad. 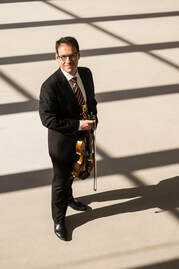 Born into a family of musicians in Bogotá, Colombia, Federico Hood won his first professional orchestra audition at 15 and joined the Valle del Cauca Symphony Orchestra. Two years later, Federico left his native country to pursue his violin studies in the United States, first at the Texas Christian University with Curt Thompson and then at the Indiana University, Bloomington in the class of Nelli Shkolnikova. Federico moved to Valladolid, Spain in 2003 as a member of the Castilla and León Symphony Orchestra, initially in the first violins and later as a violist. An enthusiast of pedagogy, he has also been professor of viola at the conservatories of Valladolid and Menton (France). In the summer of 2007 Federico won a position in the Monte-Carlo Philharmonic Orchestra where he is currently principal violist, as well as the violist in the renowned Trio Goldberg, who recently were awarded a gold medal with high distinction in the 2019 Vienna International Music Competition. 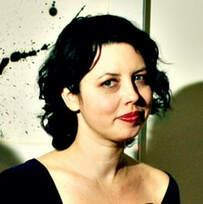 Masha Lankovsky is a professor at the Versailles Conservatory of Music in France. She received her Bachelors and Masters degrees from Indiana University, studying with Professor Nelli Shkolnikova and her Doctorate from the City University of New York. She has participated in numerous international festivals and recorded for the Centaur Label the CD "Russian Dreams." Extremely interested in researching the traditions of the Russian Violin School she translated and edited the writings of Yuri Yankelevich for Oxford University Press and has written  articles on this subject for The Strad magazine.  www.mashalankovsky.com 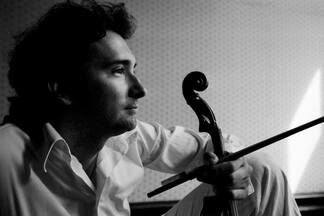 Born in Brussels, Eliot Lawson is of Belgian and Luso-American nationality. The titular holder of a master’s degree in music, awarded by the conservatories of Brussels and Rotterdam, he also obtained the “Artist Diploma” of Indiana University in Bloomington under the tutelage of Nelli Shkolnikova and a “perfezionamente” diploma from the Fiesole Music School in Italy. A laureate and finalist of several national and international competitions  Eliot Lawson has given many concerts in Europe and the United States, appearing on numerous important stages and invited by the radio and television in Portugal, Holland and in Belgium. He teaches violin in the conservatory of Amsterdam and in the Scuola de Musica di Porortogruaro (as assistant of I. Grubert), Mons conservatory, de Kunsthumaniora and the University of Minho. He recorded many CD’s for labels such as Cypres, Phaedra, Zed classics, Azur Classics and Fuga Libera receiving excellent reviews in magazines such as the Strad, Diapason (5/5), Crescendo (Joker) and the golden label. 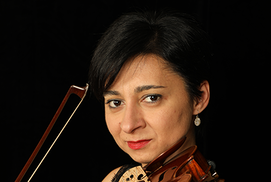 Born in Romania, Raluca Marinescu holds a Bachelor Degree from the University of Cincinnati and a Master and Performer Degree from Indiana University where she studied with Nelli Shkolnikova. She participated in the Aspen Music Festival as well as the New World Symphony Orchestral Academy. She has previously been a member of the Orquesta Sinfonica de Castilla y Leon, Spain and she is currently a memeber of the Orchestre Philharmonique de Monte Carlo.  In addition to teaching, Raluca Marinescu is actively involved in music therapy for all ages. 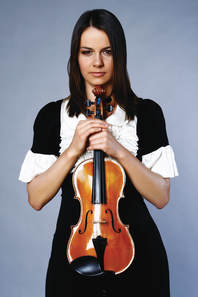 Born in St. Petersburg, Russia, Oksana Solovieva studied violin at the Boston Conservatory of Music with Zinadia Gilels and at the Longy School of Music, Cambridge with Joseph Silverstein. In 2003 she obtained a Master Degree in Music from Indiana University, Bloomington where she studied with Nelli Shkolnikova. Oksana Solovieva has wide experience as a soloist and chamber musician and since 2003 she is a member of the Symphonic Orchestra of the Gran Teatre del Liceu in Barcelona. As a violin and chamber music professor Oksana Solovieva has taught at ESMUC and Liceu Superior Conservatory in Barcelona, Superior Conservatory in Zaragoza and widely gives master classes for different levels, often specializing in orchestral excerpts.In 2017 with her thesis ¨ Teaching violin to higher level students: the analogy and benefits of a vocal approach¨ Oksana Solovieva obtains a Doctor Degree from ¨Rovira i Virgili¨ University, Tarragona, Spain. Her special interest is violin pedagogy and it´s history. 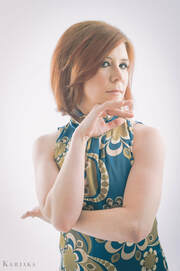 Hailed by the Washington Post as a pianist “with a refreshing mellowness and poetic touch” after her debut with the National Symphony Orchestra, Jessica Xylina Osborne is one of the most intensely expressive and passionate artists of her generation. She is widely considered to be one of the most sought-after collaborative partners, and has worked closely with some of the world's finest musicians, including Timothy Eddy, Hilary Hahn, and Mark Kosower. She has performed throughout the continental U.S., Europe, and Asia, and has appeared in recitals at many of the world's most celebrated venues, including Carnegie Hall, Lincoln Center, the Kennedy Center, the Musée du Louvre in Paris, and the Seoul Arts Center. Dr. Osborne is a laureate of international piano competitions worldwide, including the Bartók-Kabalevsky-Prokofiev Piano Competition, the International Russian Music Piano Competition, and the Houston Symphony’s Ima Hogg Competition. Dr. Osborne holds degrees in solo piano performance from Indiana University and Rice University, and a Doctorate of Musical Arts in piano performance from Yale University. She currently resides in New York City, where she is Artist Faculty at Third Street Music Settlement. 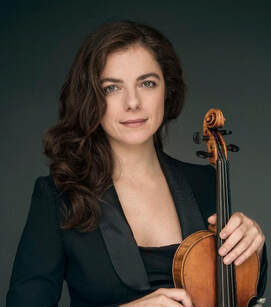 Violinist Liana Gourdjia has been acclaimed for her "astonishingly pure tone, artistry and bewitching lyricism." Liana was introduced to the violin by her grandmother, a violinist of a "Mosfilm" orchestra, at the age of four. Her first debut as a soloist with an orchestra was at the age of nine. As a laureate of the prestigious New Names foundation in Moscow and a fellow of the Spivakov foundation, she performed in the Vatican for Pope Jean Paul II, released a CD with the Melodia label for the performances at the 1996 Olympic Games in Atlanta and was invited as a young my talent to the International Colmar Festival. Liana Gourdjia became a laureate of the Tchaikovsky International Competition for Young Artists in Sendai in Japan at the age of fourteen and subsequently appeared numerous times on television and radio programs dedicated to presenting young stars in Russia and Europe. Winner of the Sion-Valais International Competition, Liana has also won prizes at the Michael Hill, Corpus Christi, Hudson Valley and Kingsville International Competitions. She has soloed with orchestras of Lille, SWR Sinfonieorchester Baden-Baden und Freiburg, Moscow Philharmonic and many others.
Miss Gourdjia is on faculty at Musikene in Spain and Ecole Normale in Paris